SURREY – Federal elections are in less than three weeks, leaders already crossed country for several times in effort to reach every single voter and to ensure their party will become new Canadian majority government, they faced themselves in two debates and we didn’t saw anything new or interesting up to this moment. Only upstanding elements of this campaign are endless repetitions of words coalition, reckless, scandal, jails, jets, lair, etc. Everyone wants majority, everyone is prime minister and everyone will work with everyone but also will not work with other side of political spectrum.

Liberal leaders and probably only politicians who’s in slight chance to replace Stephen Harper on a prime ministerial position is still trying to find himself and to show us different face from that one in House of Commons. Brilliant mind, journalist, scholar and professor didn’t succeed in effort to become new engine which will push forward Liberals and their agenda and who will continue great lineup of Liberal PM’s.

Beside a fact that he presented fairly good platform on education and families Ignatieff didn’t deliver them in both debates in a way which will convince me that he’s fully prepared to take over governmental responsibilities from Harper. Slowly but securely I’m becoming sick of words jails and jets, just because we are not getting anything else from Michael Ignatieff fir a last two or three weeks, it’s impossible for him to avoid those words addressing media or supporters. Also he didn’t give us strong vision of Canadian approach to really damaged justice and jail systems, because soon or later something will be must done without Harper’s mega jails or with them. Also I didn’t hear either from him or other leaders what they will do on international scene and what would be their approach to growing problems in the world.

I’m allowing possibility that I’m wrong, but after this three weeks of campaign I’m pretty sure that Michael Ignatieff wouldn’t become prime minister on May 2nd if something special doesn’t happen in next two weeks. If he changes his rhetoric turn it to more populistic and present something different than repetitions of what he already say for hundreds of times his chances are very small.

Slight positive element in his approach to people is in more human relationship with them and ability to talk ti them even if they’re not his supporters or sympathizers all over the Canada. Encouraging on a Ignatieff’s side is also element of brain use when he’s talking to attendees at rallies because that leaves more human picture if him, but that’s not enough for that desirable office at Parliament Hill.

After all it seems that he’ll seat one more mandate at Official Opposition leader residence, the only question is for how long he will be there. Clearly if he lose this elections new Liberal leader will be select in soon future.

Stephen Harper is Conservative version of Michael Ignatieff. Boring, boring, boring, and again boring. Same track, same words. People are starting to dream him telling them that evil coalition will take over and destroy Canada, purposely hiding from them that in the case of another minority government which is more real than Conservative majority he will need ti work with “evil” Liberals, NDP and the Bloc. Same as other leaders Harper hope that his followers and sympathizers are blind supporters who’re blindly follow his words and proclamations. Because if that is not a case he wouldn’t be able to reach majority, what will happen on May 2nd.

Even if he seems more suitable to many Canadians as the most favourable candidate for prime minister there is one big difference between him and Ignatieff. He’s also distant, cold, hardly approachable, usually in fight with media and individual journalist, object of different jokes and highly disgraceful comments from other parts of the world regarding his international record. Many undecided Canadians are asking themselves who’s better choice distant scholar who’s not attending voting session in House of Commons or leader who run the government of scandals?

For Conservative supporters positive fact could be that he’s sticking with candidates and former ministers who’re implicated in several scandals, what means that he doesn’t throws out everyone as it was done with Helena Guergis last year. He chose his team and he sticks with it, Harper is loyal to his people and his principles in that part of governmental and political work, but in other areas principles are not so high on his list. After all Stephen Harper is right man for the Conservatives at the moment.

Jack is strong, but enough

Jack Layton NDP leader is a great fighter on private and political plan, without fear he fights cancer and hips, runs around a Canada with walking accessories and makes a jokes on his account what makes him more human than he is in eyes of his supporters. These elements are also playing great piece on his image in eyes of rivals, but on political field that part doesn’t play big role. 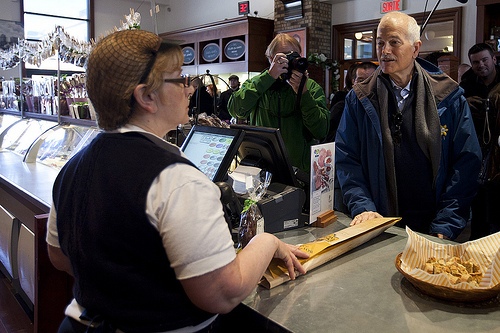 He started his campaign talking about credit card issues, seniors and health care enlisting some great ideas which should be discusses by anyone who becomes prime minister in May. He stays on a great ideas and without strategic plan how to kick both his rivals out of race and take a lead towards PM office. That will leave him on a same position where he’s today strong fourth or third party in 41st Parliament, someone who’ll clearly play a strong role in future political decisions important not only to his supporters but to all Canadians.

Everything remains as it was

After May 2nd everything will stay a same in next few years, and Harper’s fifth and sixth elections will be reality maybe sooner as we expect if someone doesn’t surprise us on election day. Theatre of Canadian political absurd will continue it’s work with old clowns and harlequins, supported by their blind followers in effort to bombard our minds with party biases and adds against each other.