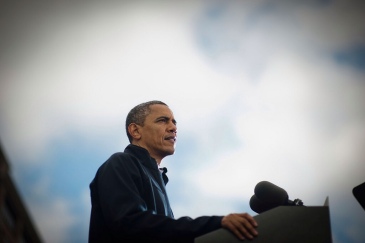 One of the biggest questions following Barack Obama's victory over Mitt Romney on Tuesday night is why Obama got second chance/four more years in White House? Many would say because of this or that, and many will come with partisan answers theories or like that happen on Fox News Channel with some unbelievable explanations why numbers don't up or who won or not. On the other side you'll find people like Donald Trump who issued revolutionary calls to US public based on final election results or President himself as the owner of most RT'ed tweet in the history of this social network. Answer on this question is multilayered, complex and controversial but here are some of my thoughts on that.

First of all Barack Obama win his second term on issues of women rights, access to health care and immigration issues. When it comes to female voters Obama gave them real chance to excercise their rights in contraceptions and wade access to other health care options through his Obamacare reform. In this times when economy pays very important element in lives of every American citizen and funds for healthcare or specific elements of it are very limited every positive incentive, as Obamacare, would help you move ahead in presidential race. Romney's willing or unwilling sexism displayed in second debate with Obama caused him additional round of problems with female voters, and opened doors for his critics to portray him as someone who really doesn't care. History will probably record as one of the darkest moments of all presidential debates Romney's “Binders full of women” and later fact-checking which dismantled his claim that he widely opened his cabinet in Massachusetts to female members. Against Romney in this debates worked his own party with people like Akin/Mourdock candidates who got worldwide attention with rape comments and unvelivable theories. Obama also played an excellent game with his pay equality bill and use of his daughters as example for his future plans and visions, that really come to help him and bring more female voters to his side.

Immigration was and still is one of the worst foes to GOP and their presidential candidates. It started years ago, continued with George W. Bush and even continued with Romney. From self-deportation to claims that immigrants shouldn't be allowed to any kind of ID Romney basically destroyed his chances to win them over and help his quest for the White House. Obama continued to work with them not promising too much, but promising to work on remaining issues, promising continuation of reform processes and even creating new abilities to give them a chance to stay and get legal status on this or that way.

If we put these issues aside, Obama also got a positive boost on domestic level in two areas: economy and emergency situations management. Economic recovery is still weak, country is faced with another financial cliff, and joblessness is pretty high around 8%. But let's not forget that Obama and his administration must to be credited for long and possibly steady rise of new jobs, approximately 100-150 thousand every month. While Mitt Rimney was talking about opening 12 million jobs over his first term, science and predictions told us that Obama has a same chance to do that. As is it happen in the past Romney failed to give any actual facts to support his idea, while Obama just used his previous plans and promised to continue working on them. In a moments when hurricane Sandy was destroying East Coast killing just over one hundred people, displacing hundreds of thousands of potential voters in several states one candidate gave up his campaign and went back to the White House to work on relief, while other (multi-millioner) went to Walmart to buy “relief” in worth of $5000 staging fake donations event. That's where US citizens saw real leadership, and what's more important that work brought to Obama praises from all sides including some GOP heavyweighter members including Chris Christie and NYC “independent” Mayor Bloomberg. FEMA controversy and another Romney flip-flop this time a major one pushed many, including some convinced GOP supporters, into the blue corner and delivered Barack Obama to White Hoyse until 2016. 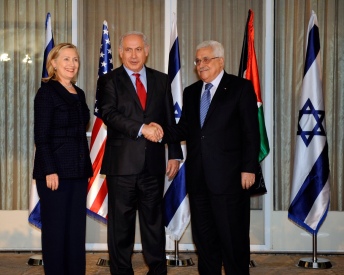 All above is highly important but I'm gonna call this election won on foreign policy. No matter what you say about domestic politics Barack Obama is one of the successful US Presidents when it comes to fight against terrorism and ending wars. Killing Osama bin Laden recently, crippling Al Qaeda, and highly successful drone attacks in other leading members gave Obama unprecedented lead on international scene. He has quite few mistakes including failed Israel-Palestine negotiations, Syria situations, unstable Libya and almost four decades of uncertainity over the Iran's case were minuses on Obama's account. Those are pretty minor issues in contrast with Mitt Romney who emerged with ideas of showing backbone to old foe now turned to some sort of friend, Russia and its leader Putin, and promise that he'll label major trade partner, China, as a currency manipulator while negotiating better trade agreements. Also many voters in US didn't want to support Romney ideas of putting more forces in Afghanistan and Iraq what was a one of the remaining issues from 2008 election. Now from Obama I'm expecting to finish Syria disputed, to work on better relations with Russia/China duo, to put Bibi and Abu Mazen finally around the table and force them to make final peace agreement. In a case of Iran only one thing is important that relationship with China/Russia, and if he makes good deal there all other issues will come along.